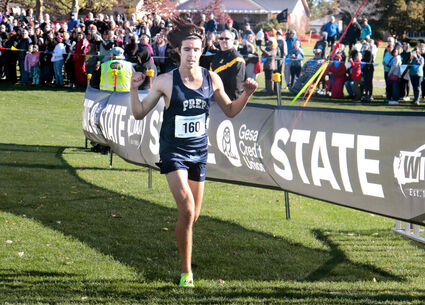 Ciaran St. Hilaire, a junior at Tri-Cities Prepatory, took gold in the boys division, finishing the 5,000-meter course in 16:27.4.