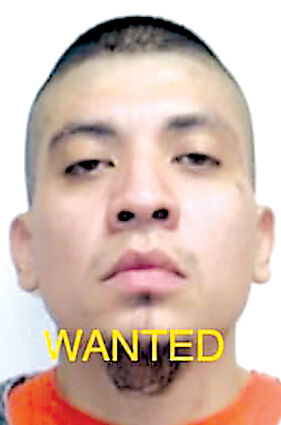 OTHELLO — One man was arrested and another is on the lam following a Friday, Oct. 28, domestic violence incident in which a sawed-off shotgun was allegedly brandished.

He is also wanted on active felony warrants, records show.

Meanwhile, Carlos Villanueva-Martinez, 36, of Othello, was arrested and booked into the Adams County Jail for second-degree assault, possession of a short-barrel shotgun and other charges.

His arrest follows a call in the 300 block of Reynolds Road on Friday, Oct. 28, in which a woman said she was threatened with firearms, records show.

The men who threatened her were identified as Romero-Rivera and Villanueva-Martinez, records show.

During the search, deputies located the sawed-off shotgun with a 16-inch barrel, records show. A handgun was also recovered.

Both of the weapons are believed to have been brandished during the Oct. 28 incident, records show.

Villanueva-Martinez was arrested at the house, records show.

As of press time, Villanueva-Martinez had yet to be apprehended.

Anyone with information on his whereabouts should contact the Adams County Sheriff's Office, officials said.