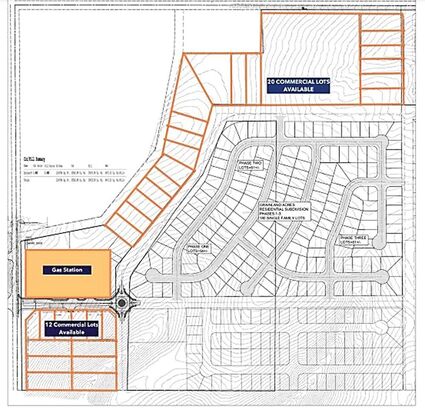 Survey map showing where the Maverick gas station will be located. Across the road from Love's Travel Stop and next to Big Bend Electric.

RITZVILLE - As early as spring of next year, Ritzville will have a new Maverick gas station.

"Maverick has told us they will build in the spring of 2023," according to Julie Flyckt, Clerk/Treasurer for the City of Ritzville. "They're working to complete the initial planning requirements right now. It takes about a year to get the planning and permits done before construction begins.

"Maverick has submitted an access permit to the Washington State Department of Transportation," Flyckt said. "They need permit approval to gain access from the highway (State Highway 261) to the lot where they're planning to build."

Maverick is also working on a bond (a form of insurance) to submit to the city, she said. The bond will cover infrastructure, such as sewer and water lines. "Once they submit the bond, the short plat will be recorded and their building permit will be issued," Flyckt said.

According to survey maps, the Maverick gas station will be located across the road from Love's Travel Stop and next to Big Bend Electric. An existing truck driveway at Love's will align with a new road called "Homestead Avenue" adjacent to the Maverick lot. The gas station will be built on a "short plat" or land subdivision covering 181,175 square feet or approximately four acres.

Derek and Susan Schafer own the 287-acre property-known as Grainland Acres-that was annexed to the city in April 2021. The site includes 84 acres zoned "general commercial" and 203 acres designated "high density residential." If the Schafers' overall plans come to fruition, Maverick will be the first of many firms to take advantage of this business opportunity.

The family's developer, SynTier Engineering, has laid out an ambitious vision for the tract, including lots for office/retail space, an "agriculture discovery center," single family and multifamily subdivisions, a recreational vehicle park, an assisted living facility, and a multi-sport complex complete with baseball diamonds and tennis courts. 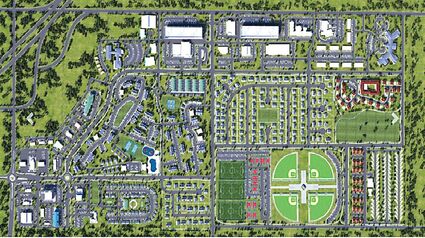 "We're waiting on the Department of Transportation," Derek Schafer noted in a recent phone call. "Some very costly safety upgrades need to be designed, funded, and built before the project can move forward." These upgrades include two roundabouts and a pedestrian walkway under Interstate-90. The walking path would extend from Weber Avenue on the northwest side of the freeway to Grainfield Acres south of the freeway.

"The biggest hurdle is working with the Department of Transportation," said Thomas Stirling of SynTier Engineering at a city council meeting in February 2021. "It's a huge cog, and they move slow," he said. "The hardest part about dealing with them is, they don't care about your timeline."

Nevertheless, Derek Schafer is cautiously optimistic, noting that "the City has included the project in its six-year plan, which may enable us to obtain grant funding."