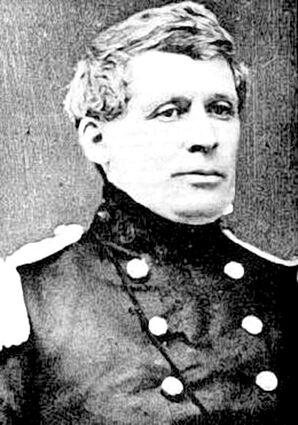 FAIRCHILD AIR FORCE BASE – The military leader who led U.S. Army troops to victory over northwest tribes in the Battle of Four Lakes and the Battle of the Spokane Plains is being "canceled" on base.

Base officials announced earlier this week that they are changing the name of the Fort Wright Village residential area and the Fort Wright Oval street to Lilac Village and Willow Loop, respectively.

The neighborhood and street were named in honor of Col. George Wright, the decorated U.S. Army officer who crushed tribal forces led by Chief Owhi, and his son, Qualchan, during the 1858 Indian Wars. Wright ordered the hanging of Qualchan along present day Hangman Creek — commonly referred to as Latah Creek in the valley between Marshall and Spokane.

Base officials said Tuesday, Aug. 23, that they have already changed the signs for the street. The new sign marking "Lilac Village" is expected to be installed prior to Sept. 5.

Wright's actions have a lasting effect that are still felt today by our friends and neighbors, the tribes of Spokane and Eastern Washington, base officials said in a press release.

According to base officials, the name changes have been made in coordination with the U.S. Postal Service, emergency agencies and mapping websites.

"Team Fairchild strives to be a good community partner, which means understanding and acknowledging the significant historical and cultural pain this name represents to local tribes and community partners," the press release said.

Fairchild's move to rename places bearing Wright's name follows a move in Spokane, where Fort George Wright Drive was renamed to Whistalks Way two years ago. That name is in honor of Whist-alks, Qualchan's wife.