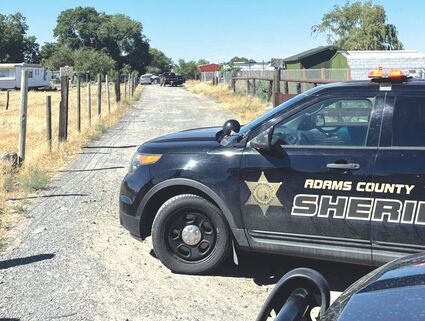 Adams County deputies respond to the 2200 block of Rainier Road near Othello.

OTHELLO – The Adams County Sheriff's Office is asking residents for help locating a local man wanted in connection with a July 18 robbery and assault.

Michel Joe Rocha, 36, is wanted for the attack on a man in the 2200 block of Rainier Road. Rocha is being sought on charges of first-degree robbery, first-degree assault and second-degree theft, records show.

Meanwhile, a woman, Gloria Romero, 41, of Othello, was arrested July 19 in connection with the same incident.

The couple is accused of assaulting a local man and robbing him, records show. The victim, whose name had not been released prior to press time, was airlifted to Sacred Heart Hospital in Spokane.

His condition was not immediately available.

Rocha is being sought on charges of first-degree robbery, first-degree assault and second-degree theft, records show.

"If anyone knows where Michael can be located please contact the Adams County Sheriff's Office," Sheriff Dale Wagner said via social media. "You may remain anonymous."

In an unrelated assault, the Sheriff's Office arrested Heladio Sangerman-Vasquez, 46, of Othello, for fourth-degree assault after he allegedly attacked another resident with a folding chair. 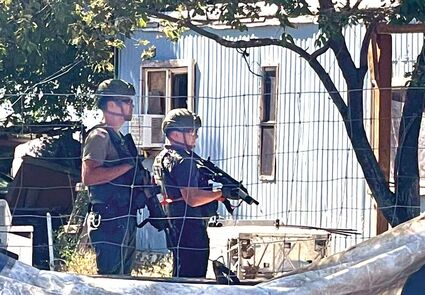 Sangerman-Vasquez was booked into the Adams County Jail for first-degree assault.

Sangerman-Vasquez was arrested following an investigation that began with an injured man walking into Othello Community Hospital, records show

The attack alleged occurred in the 2100 block of Moon Road, records show.

Deputies were at the hospital when the victim walked in, records show.

"The above listed subject assaulted another adult male with a folding chair to the head, causing serious injuries," Sheriff Wagner said via social media. "Deputies handled the investigation together with great results locating the subject responsible for the injuries to the victim. The chair used in the assault was also located."