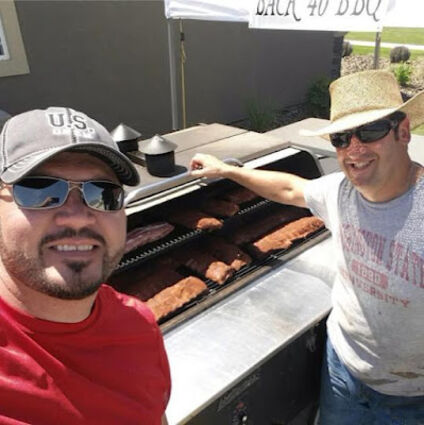 PASCO - For Back 40 BBQ owner James Gimenez cooking has always been a family tradition.

"My aunts and my grandma were always cooking. We all had a passion for cooking, but catering is a whole different ballgame. It's the major league of cooking," Gimenez said.

Gimenez's father, Frank, moved his family from Los Angeles to Pasco in 1971 for a better life on a farm.

"I've asked him numerous times. Why Pasco? He gave a one-word answer, "water," Gimenez said. "I don't know if you know how unique the Columbia Basin irrigation project is, but it's incredible."

Gimenez's life on the farm laid the foundation for his values, appreciation for rural life and passion for cooking. The inspiration for his catering company's name, Back 40 BBQ, is something he gets asked about often.

"100 years ago, when a farmer was farming with a mule or a horse, it was common to only farm about 70 acres," he said. "A lot of times, they put the house in the middle of the farm, therefore there was a front 30 acres and a back 40 acres. This was very common.

of a general expression for those out in the rural area."

Gimenez is known for his barbecue cuisine, but he also has a passion for French and Spanish food.

"I love Spanish food. I've been to Spain two times. Once as a kid and once when I was 23 years old," he said.

His mother passed away a year-and-a-half ago and his father, who is 84, still lives in Pasco.

Gimenez says they talk often, and his dad gave him some great advice when it comes to catering.

"My dad was in the U.S. Army and he said to me, to feed an army, you need a small army. That has really stuck in my head," he said. "So, I rely on a combination of employees and volunteers at catering events. We all have a great time, and my volunteers get to eat and be part of the festivities. It has

been a great formula for growth and building the brand."

Gimenez will be cooking for the upcoming Lincoln Day Dinner - set for April 9.

The event is a fundraiser for the Franklin County Republican Party, and it's expected to draw more than 1,000 people.

The menu will include chicken, beef tri-tip, macaroni and cheese, and baked beans.

He will cook with his equipment on site.

Before the event, he will prep at the Pasco Specialty Kitchen. It's a commercial kitchen utilized by small businesses from the across the Tri-Cities.

"I have the absolute most amazing crew I could ever imagine. I love talking to other small business owners, especially restaurant owners," Gimenez said. "Whenever I ask them what their biggest hurdle is, most of them tell me that labor is the number one source of their headaches. So, I feel blessed to have such a great crew".

Gimenez says that for now, Back 40 BBQ is a side gig. 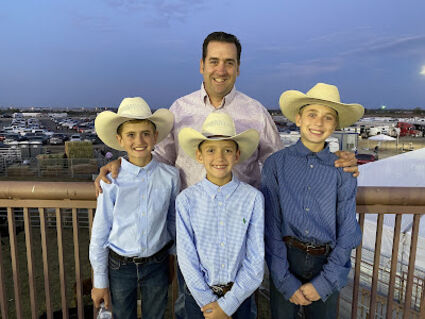 His full-time job as a fertilizer sales representative, which keeps him close to his rural roots. It also allows him to spend a lot of time with his family while growing his catering company.

"Eventually, I'd like to grow the company to the point where it could be my day job," he said. "However, I am really happy how things are going. I am blessed to have a great family and job. My wife and three boys are so supportive of my efforts. My three boys help as bussers at events.

As for Saturday's massive Lincoln Day Dinner, Gimenez says he's taking it one day at a time, working long hours prepping and says things will be delicious.

"I get so much satisfaction from people enjoying my food. It's a lot of work but in the end it's worth it. I just love it," Gimenez said.