Coyotes fall in first round at state 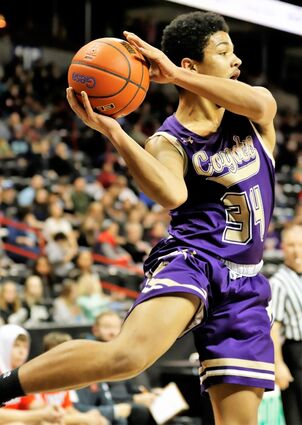 SPOKANE — The Columbia (Burbank) boys fell to the top-ranked Kalama Chinooks, 61-57, in their Class 2B state-opening game at the Hardwood Classic today in Spokane Veterans Memorial Arena.

The No. 10-ranked Coyotes kept pace for the first quarter, which ended in a 14-14 time.

In the second quarter, however, the Chinooks turned on their game, outscoring the Coyotes, 19-11, and taking a 33-25 lead into the half. 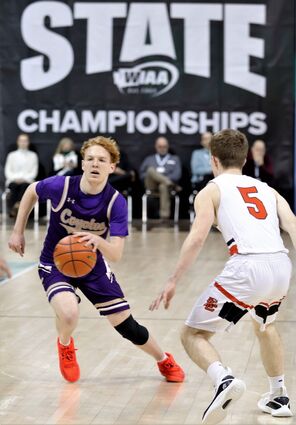 The Chinooks added 2 more to the margin in the third, which ended with Kalama leading 50-50.

In the final quarter, the Burbank boys put up 17 points, but couldn’t overtake the Chinooks.

Quincy Scott had a double double on the night with 18 points and 12 rebounds. Teammates Michael Lenke and Tristan Frimodt each added 9 points.

Frimodt had 6 rebounds while Elijah Kinsey had 5.

Kalama’s Jackson Esary led all scorers with 23 points. Nate Meyer led the Chinooks in rebounds with 9.

The Coyotes fall to the consolation bracket and will play No. 11-ranked Toutle Lake in a loser-out game at 12:15 p.m. Friday.