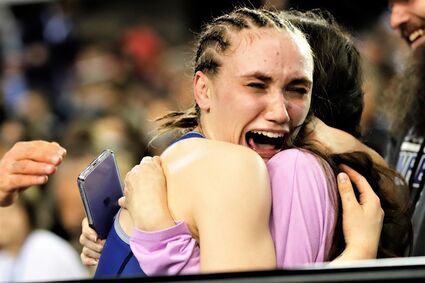 Alanna Haney, scored 30 team points, was the only Chiawana girl to reach state. Her team points were good enough for the Riverhawks to finish 25th overall out of more than 100 teams.

Haney opened the tournament with a bye and then pinned Cassidy Sylves of Ballard in 1:51 to reach the quarterfinals on Friday, Feb. 18. She then pinned Amailee Niz of Yelm in 1:04. 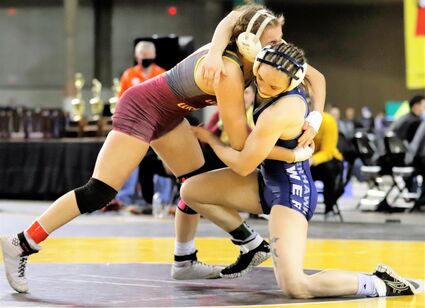 On Saturday morning, Haney won a 6-1 decision over Analeese McAllister of Centralia, for berth into the title match.

Cross-bracket, Nicole Poussier of White River worked her way into the championship bout opening with a bye and then pinning Alonna Armstrong of Klahowya in 4:59.

Poussier won a quarterfinal, 8-6, over Cassandra Hernandez of West Valley (Yakima) and then her semifinal, 10-3, over Abby Varady of Cedarcrest, to reach the title match against Haney.

After the emotional win, Haney immediately began crying, first on the mat and continuing as she leaped into the arms of her coach.

She was presented with a bouquet of flowers and her family and fans gave her her cowgirl hat.