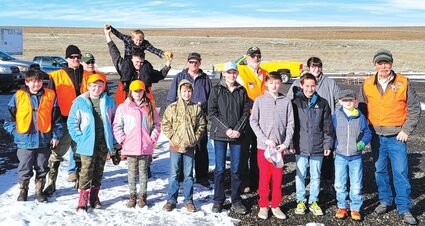 The 11 students received certificates allowing them to hunt after being evaluated on knowledge of firearms, attitude and handling skills, instructor Phil Peterson said.

"This begins their journey of becoming safe, ethical hunters," he said.