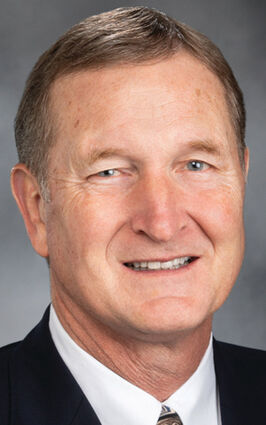 "Over the past few years, we've seen a large number of police officers and deputy sheriffs leave their jobs, whether it's caused by strong opposition to law enforcement by some groups or laws passed by Democrat legislators that make it harder to apprehend criminals," Holy said, a retired Spokane police officer and the state senator with the most experience in law enforcement.

"Washington now has fewer law enforcement officers per capita than any state, and the decrease in officers, combined with the sharp increase in crime, is making communities less safe. Restoring public safety is one of the main priorities for our Senate Republican Caucus this session. This bill would help cities and counties hire more officers and reduce crime."

According to Holy, it would generate about $250 million annually for law enforcement.

The revenue would be used by local governments to hire law-enforcement officers up to at least the national average per capita - 2.4 per 1,000).

Senate Bill 5841 also would increase the number of training classes at the state's basic law enforcement academy to a minimum of 25 per year.

"There is a long backlog that is causing hired officers to have to wait several months to get the training they need to be on patrol," Holy said. "More training slots mean more hired officers can get to work in their communities sooner."

The bill has been referred to the Senate Law and Justice Committee.