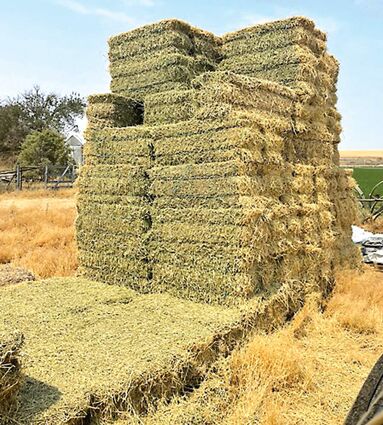 RITZVILLE - Police are looking for assistance in finding the thieves that stole approximately 5,000 pounds of hay last week from the Wheatland Community Fairgrounds.

Between 50-60 bales of second-cutting alfalfa was stolen, he said. The bales were bound with blue bailing twine; each weighed about 92 pounds.

The bales were stolen from a stack near East Olive Street, between East Main and East Broadway avenues, he said.

The hay is currently valued at $220 per ton; the number of bales stolen would weigh between 2-3 tons, he said.