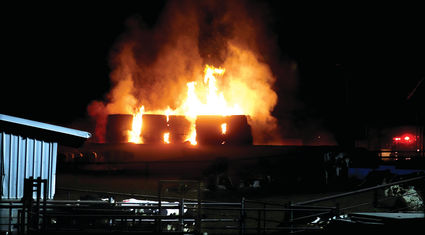 Area fire crews and local farmers responded quickly to contain the blaze at 755 Radar Hill, about seven miles south of the city.

Fire officials said it was the third haystack fire in as many days, noting its common for haystacks to combust on their own in high heat.

The fire is the second at the dairy in three years.

In 2019, a fire destroyed one of the buildings at the dairy. 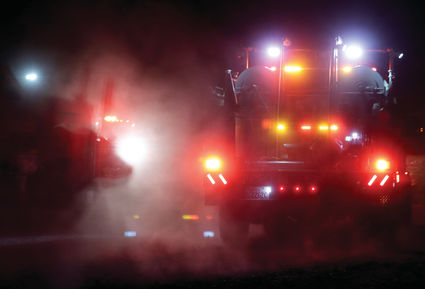 Emergency vehicle respond to DeGroot Dairy south of Othello for a haystack fire.