By Drew Lawson
The Davenport Times 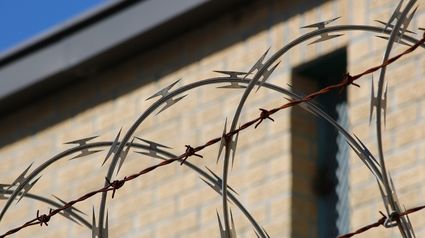 Magers is scheduled for an arraignment in Lincoln County District Court on July 7 for obstructing a law enforcement officer, making false or misleading statements to a public servant, and rendering criminal assistance in the third degree, according to district court records.

The sheriff is accused of committing the crimes between Feb. 11-12 to prevent DUI charges from being leveled against his son, Colton Magers, after Colton got into a single-car rollover crash Feb, 11 at the intersection of Swanson Lake and Runkel Roads, southwest of Creston, records state.

The charges leveled by the Franklin County Prosecuting Attorney stem from an investigative report conducted by the Washington State Patrol.

Colton Magers initially contacted his brother, Devin Magers, and girlfriend, Tyanna M. Evers after his wreck, according to the report. Devin Magers took Colton Magers to Wade Magers' home in Wilbur, where Evers and her friend, Michaela R. Ritt-Mawdsley, met them.

The next morning Colton Magers contacted Lincoln County Sheriff's Office dispatch to report the crash and reportedly said he swerved to miss a deer when he ran off the road.

Christian contacted Wade Magers at 2:30 a.m. o Feb. 12, who told him he thought Colton Magers was at a hospital in Davenport or Grand Coulee for treatment.

Christian tried several more times to contact Colton Magers and finally reached him at 3 p.m. on Feb. 13, according to the report. He allegedly admitted to Christian he didn't swerve to miss a deer but was reaching for his cellphone and speeding. Christian gave Colton Magers a speeding ticket.

Evers said she didn't think Colton Magers was intoxicated and didn't have any visible injuries, but possibly had internal injuries, the report says.

She claimed Wade Magers said "If anyone asks, I did not know about this and I was never here," according to the report.

Kriete interviewed Colton Magers, Evers, and Ritt-Mawdsley, and investigated text messages from Evers indicating a strained relationship between Colton Magers and his parent,' according to court records. The Lincoln County Sheriff's Office provided a recording of Colton Magers' initial 9-1-1 call after his crash, the report says.

Wade Magers was contacted for a statement by Kriete, but he declined, according to the report.

Kriete concluded there was potential for the charges of obstructing a law enforcement officer and making a false or misleading statement to a public servant. It was based on statements that Wade Magers gave to Christian saying he didn't know where his son was when Christian called the night of the crash, according to records.

Kriete concluded the potential for a charge of rendering criminal assistance in the third degree. It is based on statements that Wade Magers believed Colton Magers drove under the influence of alcohol, didn't report it, and prevented his son from going to the hospital for his injuries to prevent his possible intoxication from being discovered.

The Grant County Sheriff's Office submitted its findings to the Lincoln County Prosecutor for a criminal follow-up investigation. The prosecutor requested the Washington State Patrol conduct that investigation, according to the report.

Evers did a recorded interview with Spangler on Apr. 12 and admitted she was afraid to tell Kriete that Colton Magers had been drinking before his crash and it played a role in the crash, according to records.

She said Colton Magers admitted he was drinking and said she was told Devin Magers removed the beer from the vehicle after the crash before anyone arrived. She added that she didn't think Colton Magers was capable of making his own decisions the night of the wreck, records state.

Colton Magers spoke to the state patrol and said he had four broken ribs, a compression fracture of one of his lower vertebrae, and a pinhole puncture in his left lung as a result of the crash. He admitted he was afraid for his job and Wade Magers' job security when he wasn't honest to Kriete about the cause of the crash, according to records.

Colton Magers reportedly admitted he had consumed at least eight 16-ounce beers before driving that night, records state. He said it was true that he was trying to get to his cellphone, but the primary cause of the crash was because he was drinking and speeding.

He told the state patrol he was asked several times if he wanted to go to the hospital that night, but he kept saying "I don't know," according to records.

The state patrol asked Colton Magers if his parents, including Wade Magers, prevented him from going to the hospital. Colton Magers claimed they did, saying they should've taken him, as he wasn't coherent enough to know what his injuries were.

Liebing told Spangler that Wade Magers called her around 8 a.m. the morning after Colton Magers' crash to inform her of the collision. Wade Magers told Liebing he hadn't seen Colton at all since the crash, according to records.

A few days later, Wade Magers allegedly told Liebing he "f***ed up" and did know where Colton Magers was after the crash. Wade Magers never told Liebing about the use of alcohol, records state.

They reportedly found contradictory statements by Evers and Colton Magers regarding Magers' alcohol consumption before driving. They allegedly both admitted they lied to Kriete when providing their original statements out of fear of Colton Magers getting a DUI.

The state patrol concluded that it was likely, but can't be definitively proven, that Colton Magers was likely under the influence when he crashed.

The patrol concluded Wade Magers was likely at home with Colton Magers when he spoke to Christian and claimed he didn't know where his son was or whether he sought medical treatment following the crash.

The appearance is scheduled for July 7 at 10 a.m.