Only one in four Franklin County residents get coronavirus vaccine 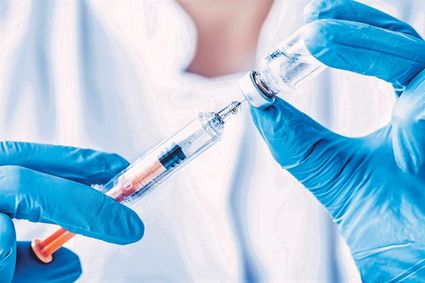 PASCO - Despite Gov. Jay Inslee's efforts to encourage residents to get vaccinated against coronavirus, most Eastern Washington residents are not jumping on the bandwagon.

On Thursday, June 3, Gov. Jay Inslee announced a new giveaway program that allows vaccinated residents to enter a drawing for freebies from businesses, sports teams and government agencies, including universities. He is pushing get 70% of residents vaccinated.

The state Department of Health is estimating 63% of residents ages 16 and older than have received at least one shot - but some vaccines require two shots for "full vaccination."

That percentage, however, is high when compared to rates as a function of vaccinated residents compared to population, at least here in Eastern Washington.

On Thursday, the state Health Department's dashboard showed 24,700 Franklin County residents having gotten a shot. And federal data shows the most recent population as 95,222.

Comparing those figures puts the county's vaccination rate at 25.9%.

Franklin isn't the only county bucking the governor's desire to reach 70%.

In Benton County, 67,585 residents have been vaccinated from amid a population of 204,390, state health data shows. That's an approximate vaccination rate of 33.1%.

Looking north, the data leads to a calculated vaccination rate of 31.3% in Adams County and 31.4% in Grant County. To the south, Walla Walla County has the third highest vaccination rate in Eastern Washington at approximately 40.4%.

The highest county vaccination rate east of the Cascades is 46.3% in Chelan County and second highest is 41.1% in Okanogan County, based on vaccination and population figures.

Even in Spokane County, where county health officials have released an extensive breakdown by ZIP code, only three neighbors near the Sacred Heart and Deaconess medical campuses topped a 50% vaccination rate.