Driver avoids injury, but not canal near Basin City 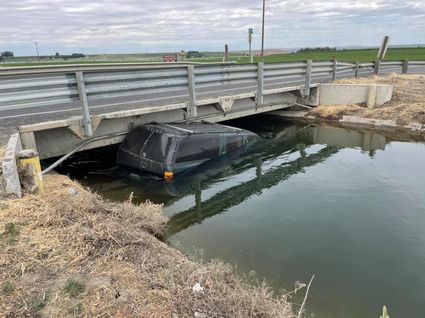 BASIN CITY – A driver sneezed and struck two small apple trees, a pole, a water pipe, and landed his SUV in an irrigation canal on May 22.

The water landing was at the intersection of Sage Hill Road and Fern Road, about five miles north of Basin City, at about 12:40 p.m.

"No one was injured and the occupants of the vehicle managed to get themselves out," according to the Franklin County Sheriff's Office.

"This is an important reminder that even in just seconds, things can go wrong. Avoid checking that text or searching for that ChapStick. And if you must sneeze (because sneezing is hard to avoid) do your best to do so safely," stated the sheriff's office.