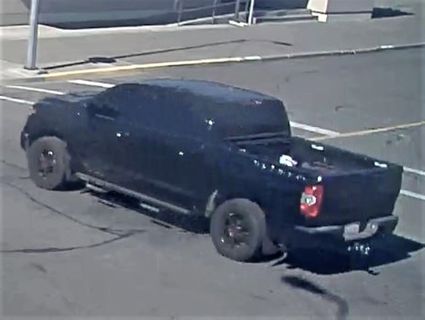 PASCO – He aimed a gun at a driver's head for a minor rear-end collision on April 21 and Pasco police are asking for help finding him.

At roughly 4 p.m. near the intersection of West Clark Street and North First Avenue two pickups collided to cause minor damage, according to Pasco police.

It appeared both drivers pulled over to exchange information, but the recipient of the collision was upset and seen with a bloody lip. He said he was going to call the police.

"The at-fault driver put a pistol to his head and a passenger began hitting him in the ribs. He broke free and they drove off," stated police.

"The suspect driver, the assaultive male passenger, and a third male passenger were all described as Spanish-speaking Hispanic males. A small rifle was also seen inside the Tundra cab," stated police.

Anyone with information about the case is asked to call dispatch at 509-628-0333 or email Officer Adrian Alaniz about case 21-11108 Agg Assault.