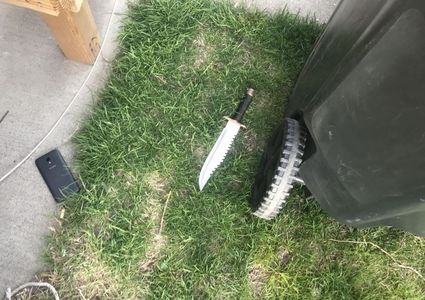 A knife was taken into evidence by Pasco police.

PASCO – Edgar Ortiz Hernandez was allegedly interrupted stealing from a Pasco home by the victim and then cut the victim with a knife.

At about 8:30 a.m. on April 9, a 56-year-old man returned home to the 600 block of South Beech Street from a laundromat to find a stranger in his house. 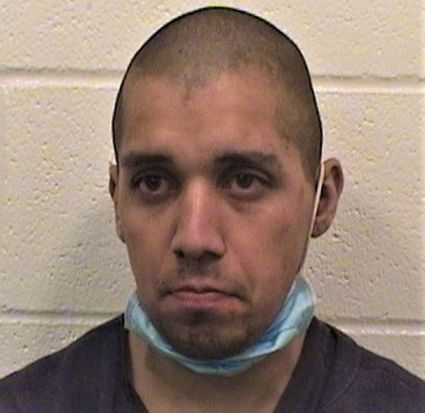 Edgar Ortiz Hernandez , 32, was booked into the Franklin County Jail.

"According to the victim, the male slashed at him with a large knife, then ran off. The victim had non-life-threatening injuries to his hands consistent with defense wounds," stated Pasco police.

Neighborhoods witnessed what happened outside the house and officers quickly found the suspect running in the neighborhood.

Officers were able to catch st him, but the suspect was unarmed.

"But (he) did receive medical care prior to booking because he was observed eating potential drugs at arrest," stated police.

A large knife was located in a nearby yard and taken as evidence.

Anyone with additional information about this case is asked to call 509-628-0333 or email Officer Trever Sweeney at [email protected] about case 21-08981 Robbery.