Trespassing suspect found after he crashes near Mesa 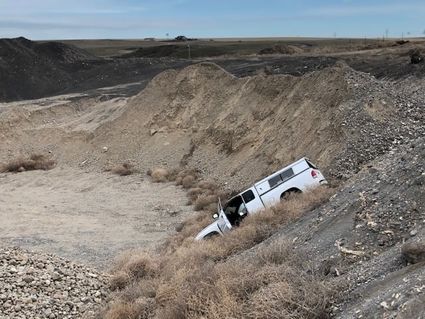 MESA – A 32-year-old man spent three hours in a pickup near Mesa trying to avoid being arrested on Saturday afternoon.

It started with a Franklin County deputy responding to a complaint of the man trespassing on a farm. The suspect was confronted by the landowner and left before the deputy's arrival, according to the sheriff's office.

"During this contact, a deputy was assaulted and a vehicle pursuit ensued. Approximately 2 miles east of Mesa, the man wrecked," stated the sheriff's office.

The suspect refused to exit the pickup. He surrendered peacefully after a three-hour standoff.

After being checked at Lourdes Medical Center, he was booked into the Franklin County Jail for criminal trespassing, assault in the third degree, attempting to elude an emergency vehicle, and driving while his license was suspended.

The Franklin County Sheriff's Office did not disclose the suspect's name.