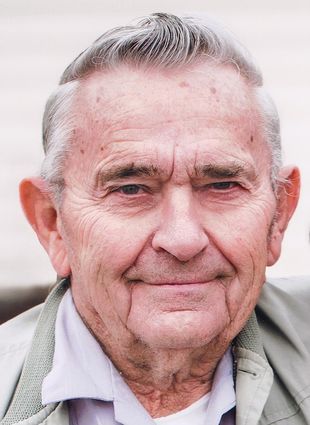 LIND – Adams County commissioners have officially recognized the contributions of a local civic leader who passed away earlier this month at the age of 88.

Wills served as a county commissioner for three terms, from January 1989 through December 2000. He then served on the Lind Town Council from 2002-08.

Wills served previously in the U.S. Air Force and was stationed at Radar Hill near Othello, where he met Jeanette, whom he married. The couple raised two boys here.

Wills worked at Longmeier Brothers Fertilizer and started Wills Septic Tank service, before working at Union Elevator and moving onto farming in Paha at Bauer Farms.

"Mr. Wills served his community in more ways than can be counted," the resolution said. "He served Adams County selflessly and tirelessly. We hereby honor that service."

Wills and his wife also operated other businesses, including Empire Cafe, the liquor store, Wills Farming and Merchandise.

Wills was very active in the demolition derby and the Lind Lions Club.

On behalf of the entire county, commissioners said they honor Wills for "his significant contributions to all county citizens and mourn his passing."

Commissioners concluded by offering their condolences to Wills' family and friends.