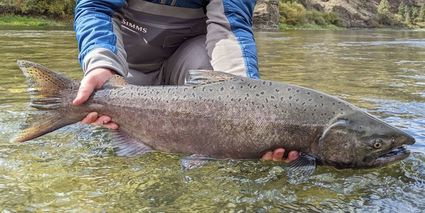 OLYMPIA – Salmon fishing will be limited due to low returning numbers of fish.

To determine the impacts, the state Fish and Wildlife Department (WDFW) are meeting with state, tribal governments, federal regulators, other U.S. states, and Canada. to discuss the forecasts and shape the state fishing seasons, according to a WDFW representative.

The public meetings are set through April.

"As always in years when many runs are expected to come in below average, fishery managers will be required to make some tough choices on what fisheries can open and when," said WDFW Director Kelly Susewind.

"If every salmon run across the state was healthy, our jobs would be easy," Susewind said. "We'll work hard alongside the co-managers to stay within our shared conservation goals while still offering chances to get out and fish this year whenever possible."

In the Columbia River about 354,200 "upriver brights" are expected to return above Bonneville Dam, a sizeable increase over the 299,300 fish that returned in 2020, but still below the 10-year average.

Coho runs, meanwhile, offer some optimism with nearly 1.6 million early and late Columbia River Coho are projected to be available for this year's ocean and Columbia River fisheries, which would represent a marked increase from last year's return of approximately 363,000 fish. 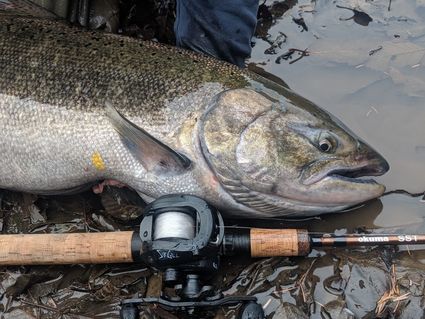 "All of our forecasts indicate a strong Coho return to the Columbia, but a lot can change between now and when fish start to arrive," said Kyle Adicks, WDFW intergovernmental salmon manager. "We'll be keeping a close eye throughout this year's salmon season setting process on stocks of low abundance."

Coho fishing could also be impacted if other stocks come in at low numbers.

Sockeye returns are forecast to be down significantly to 155,600, compared to last year's strong return of 345,018 to the Columbia.

The public is invited to join WDFW at online public meetings at wdfw.wa.gov/get-involved/public-meetings throughout April to discuss regional fish issues and preferences for the Columbia River. Meetings offer opportunities for public comment.