Hey! There's a man buried under a hay bale 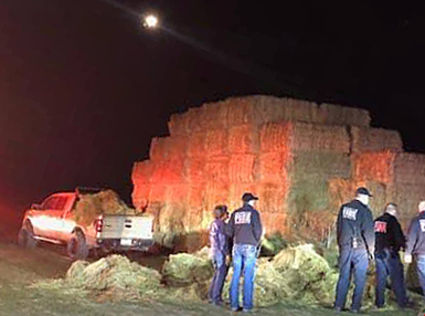 Firefighters and deputies dig a man out from under hay.

The man was apparently stealing hay from a pile on private property along Peterson Road when a big bale broke free and fell on him, according to the sheriff's office. The hay covered him and part of his pickup.

At 5 a.m. deputies and the firefighters were able to dig him out. He was flown to a hospital for medical treatment, according to the sheriff's office.

The sheriff's office is investigating. 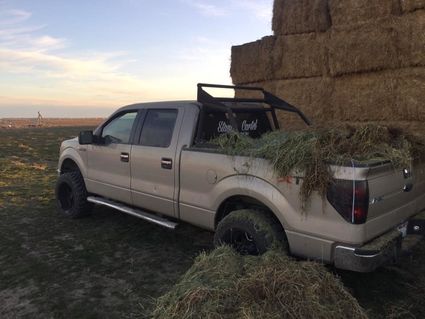 A 1,500-pound hay bale fell on top of a man taking it without permiussion.