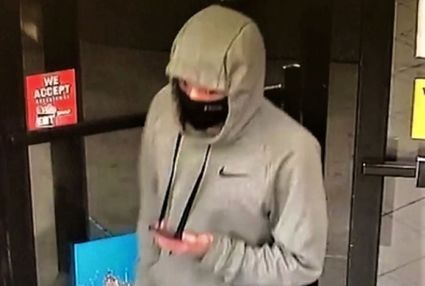 A security photo of the suspect leaving Circle K.

PASCO – The driver of a white 2008 Cadillac Escalade ran into Circle K on West Court Street Monday night and learned why you shouldn't leave it running.

The SUV was stolen.

Pasco police said they suspect a man who was leaving the store at 11 p.m. and provided a security photo.

The Cadillac is described as having a dent in the right front fender and has a Washington license plate of BPZ6300.