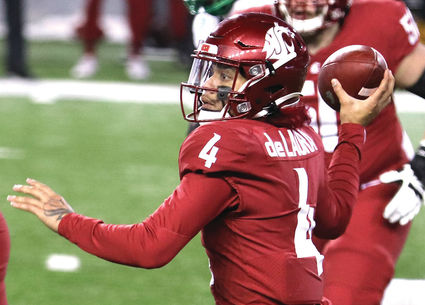 Saturday, Feb. 6, and has been suspended from the team.

He failed a field sobriety test and refused to take a Breathalyzer, but otherwise followed law

"He was very cooperative," Opgenorth said.

de Laura was released from jail on his personal recognizance shortly after being arrested.

the winter semester and physical conditioning.

As a true freshman, he started as quarterback for WSU in all four games last season.