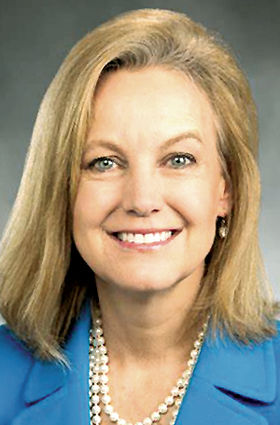 OLYMPIA – Rep. Mary Dye spoke out Tuesday against House Bill 1084, which would prohibit the use of natural gas in new homes and buildings.

Dye objected to the bill as it was brought up for a vote in the House Environment and Energy Committee. She was joined in her opposition by Republican Reps. Mark Klicker of Walla Walla, Peter Abbarno of Centralia, Matt Boehnke of Kennewick and Keith Goehner of Dryden.

The measure passed the committee on a party-line vote, 8-5.

If it passes and is signed into law, the bill would prohibit gas-powered furnaces, water heaters and fire-places.

"This bill, as introduced, would eliminate jobs," Rep. Dye said, noting its original filing included a global warming tax, with funds to be used to retrain natural gas industry workers who lose their jobs."

The tax was stricken from the bill in the amendment process, as was a provision that prohibited gas grills.

"This measure goes way too far when it signals that it wants an entire industry and its workers to be obsolete," Dye said.

"House Bill 1084 would kill jobs at a time when we're trying to rebuild our economy and get Washingtonians back on their feet," Boehnke said. "Prohibiting the use of natural gas in homes and buildings would have devastating consequences not just for workers, but also for the one million natural gas customers in Washington who would see a $700 increase in their annual energy bill."

"It is designed to eradicate an entire industry and the jobs that industry provides," Dye said. "We should be making jobs, not taking jobs. This is truly a sad day for Washington with committee passage of this bill."