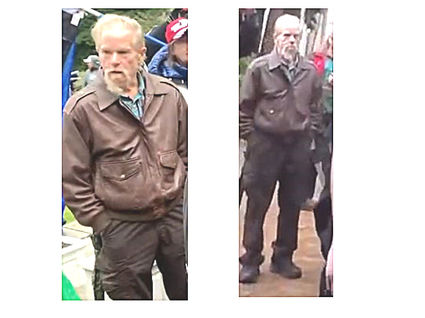 OLYMPIA - The Washington State Patrol is asking for help in finding a man wanted in connection with an alleged assault during the Jan. 6 breach of the Governor's Mansion perimeter fence.

"We are asking the public for assistance in identifying the subject in this release," the patrol wrote in a press release sent statewide yesterday.

The patrol said the man is a person of interest in a third-degree assault case.

Anyone with information is asked to email the patrol as [email protected], reference Case No. 21-002110.