Man arrested after ramming his Durango into pickup 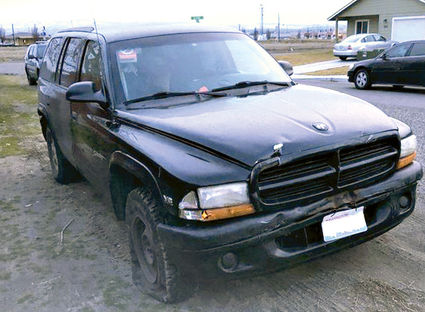 PASCO - A local man was arrested Tuesday, Jan. 26, following a domestic incident in which two drivers were bumping into each other.

According to a police report, Desmarais was one of two drivers involved in a dispute about 3 p.m. Jan. 26 in Highland Park.

Officers received a reported of a pickup and an SUV running into each other, records show.

Witnesses told responding officers that Desmarais had used his black Durango to ram a pickup truck that had three occupants, records show.

The Durango was found abandoned in Pasco with a flat tire.