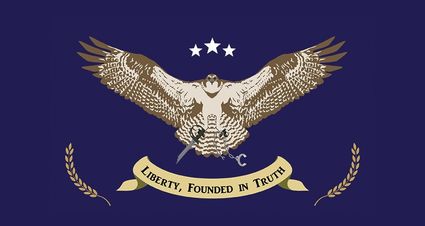 Under the bill, "a separate and independent state is established from the eastern portions of Washington." That state would be named Liberty.

The bill calls for establishing transitional committees to help settle issues related to splitting the state at the Cascade crest. Each committee would comprise four legislators and one other individual with expertise related to that committee.

If the Legislature approves the measure, it would also need congressional approval.

The move to split Washington into separate states predates statehood.

Over the decades, various iterations of splitting the state have existed. Names for the area have included Columbia, Cascadia, Lincoln, Eastern Washington and Liberty, among others.

For the last several years, McCaslin and former Rep. Matt Shea, R-Spokane Valley, have introduced similar legislation and seeking a congressional nod to proceed. Prior to the Liberty state effort, in the early 2000s, Sen. Bob Morton, R-Orient, led the charge.

But it isn't the only effort.

A new movement has appeared called "Greater Idaho," where several Eastern Washington and Eastern Oregon counties would simply secede from their current state and join Idaho.

Indeed, that idea made the ballot in four counties in Oregon. And on Nov. 3, voters in both Jefferson and Union counties approved of the idea with more than 51% support.

A successful Greater Idaho effort would move all of Eastern Washington's 20 counties and Eastern Oregon's 22 counties, creating a much larger, conservative state of Idaho.