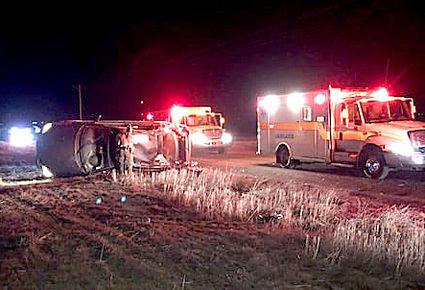 MESA - An area man was booked into the Franklin County Jail early this morning, Jan. 4, after crashing his car late Sunday night.

Armando Montelongo Aranda Jr. was booked into the jail at 2:20 a.m., Franklin County Jail records show. He is being held on driving while under the influence and failure to equip vehicle with an ignition interlock.

On arrival, rescuers found an overturned vehicle, according to the Franklin County Sheriff's Office. The driver had been ejected.

The driver was transported to an area hospital and was later released and boooked into the jail.