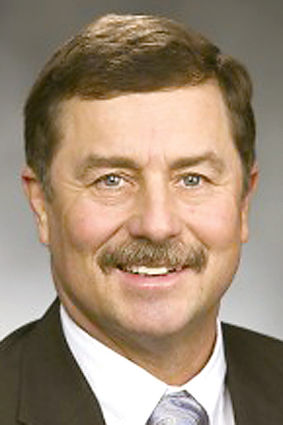 Sen. Mark G. Schoesler, R-Ritzville, will be stepping down as minority leader of the state Senate.

RITZVILLE - A local lawmaker is stepping down from his leadership position in the state Senate, but he is not retiring.

"It's real simple," Schoesler said of his decision. "I'd like to turn my cellphone office and my email off for a bit of time."

With 65.34% of the vote, Schoesler won re-election to the Legislative District No. 9 senate seat on Nov. 3, topping Democrat Jenn Goulet.

Goulet, who moved out of district prior to the election, received 34.1%.

"I am not retiring," the senator said. "I am not resigning. I simply decided it's a good time to make a change."

Legislative District No. 9 includes Adams, Asotin, Franklin, Garfield and Whitman Counties, as well as some areas of southern Spokane County.

Schoesler said he's been in the Legislature for 28 years, with the last 8 in a leadership capacity.

While he'll remain in the Senate, he doesn't intend to seek another leadership post, although he hopes to continue to serve on the Ways and Means Committee.

Schoesler said the last nine months during the coronavirus outbreak have weighed heavily on him.

Schoesler said he plans to spend more time on the family farm and with his grandchildren.

"When this crazy pandemic is over, I want to do more with my grandkids," he said. . "I don't want to have to put the caucus needs ahead of my kids or grandkids."