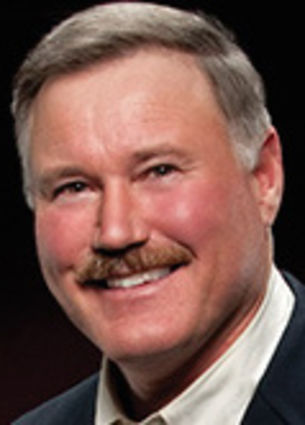 PASCO - Despite moving to Phase 2 of reopening, the Franklin County Commission continues to meet digitally.

Prior to the start of the Tuesday, Oct. 20, meeting Commissioner Clint Didier went to the board room, took his seat and called on his colleagues to convene in-person like most counties in the same phase of reopening have already done.

Despite being recorded, much of the discussion was barely audible, with some comments from Didier not audible at all.

Despite the audio problems,Didier pointed out that the move to Phase 2 means that up to five people are allowed to gather in public places.

"It's not a legal meeting with you in that room," Koch said.

"It's not until Phase 3 that the Open Meetings Act would apply and allow us to have in-person meetings," Sant said.

Didier pointed out that the governor's own orders would allow the three commissioners and two employees to be in the same room.

"I agree that a lot of things just don't drive or make sense," Sant said. "It's kind of confusing ... They have still not updated the guidance."

The executive order, initially issued in March and backdated to Feb. 29, has been extended multiple times.

After the discussion, which was recorded even though the meeting was not called to order, Didier moved to his personal office in the county courthouse.

As he departed the meeting room, Didier noted that the county failed in its duty to taxpayers when Commissioner Koch and Lowell "Brad" Peck backed out of an already passed motion to allow the county to reopen as normal.

" We had the bull by the horn when we opened our county," he said. "I wish we would've stayed with it."