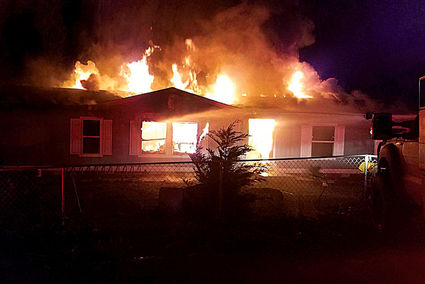 Nobody was injured in the blaze, officials said, noting the cause remains under investigation.