Cowboys for Culp hits the trail 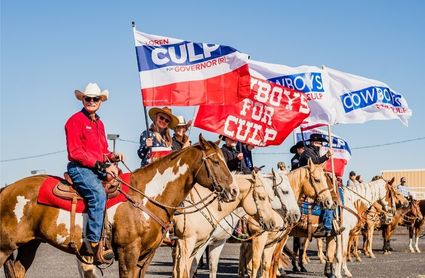 MOSES LAKE — A group of cowboys and cowgirls supporting gubernatorial candidate Loren Culp hit the road over the weekend, riding along Interstate 90.

"Basically, I formed the group 'Cowboys for Culp' as I am a horse trainer myself. I wanted the group to represent the Code of the West," she said. "The purpose is to promote action. Talking or posting on Facebook is not enough to get people to vote. I'm hoping our ride will promote real action to go vote."