Mesa man jailed in Oregon in connection with road-rage death 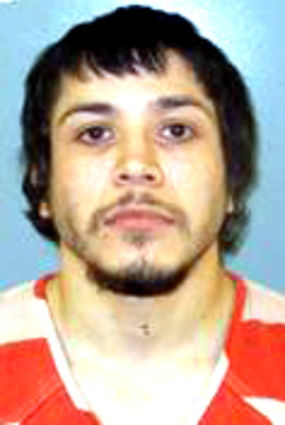 PENDLETON, Ore. – A Mesa, Wash., man is being held in the Umatilla County Jail on $4 million bail for his alleged involvement in the road-rage slaying of a Hood River, Ore., man.

Jaime Ubay-Farfan, 24, was booked into the county jail on Sept. 8 after being extradited from the Benton County Jail, according to records. He is charged with one count each of second-degree murder, unlawful use of a weapon, felon in possession of a weapon, pointing a firearm at another and being a fugitive.

In Benton County, Ubay-Farfan is facing additional charges of second-degree assault and fugitive, court records show, noting those charges, too, stem from an alleged road-rage incident.

He waived extradition rights and will face charges in Oregon first.

The 5-foot-4 defendant is accused of causing the death of Tracey Scott Medows of Hood River during a road-rage incident on Interstate 82 near Hermiston.

According to a Sheriff's Office report, Umatilla County deputies and the Oregon State Police responded to a crash on the interstate after Medows called 911 to report someone trying to run him off the road.

Medows was able to provide a description of the vehicle and a license plate number before he died at the scene, records show.