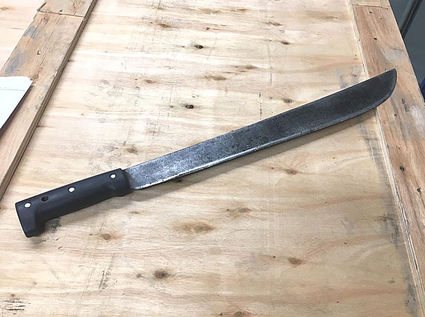 This machete was allegedly used in an incident at Circle K.

PASCO - A local man is facing a possible second-degree assault charge after going on a machete-wielding tirade in the parking lot of a convenience store last Tursday, Sept. 3.

Ricardo Sanches, 37, was booked into the Franklin County Jail on an investigative hold on the assault charge and harassment, police records show.

Police arrested Sanchez after officers were dispatched to the Circle K conventience story at the intersection of Court Street and 26th Avenue for a report of an angry, machete-wielding man making threats.

Responding officers said a man told them he pulled into the store, followed by the suspect, later identified as Sanchez, records show. Sanchez allegedly got out of his vehicle, yelled at the man and then went to his truck. 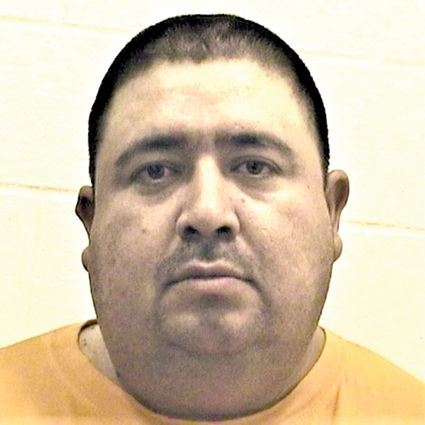 Ricardo Sanchez, 37, of Pasco, is accused of threatening a motorist with a machete Sept. 3.

Sanchez pulled out a sheathed machete, pulled the blade out, then threatend the victim, records show.

The victim got back into his vehicle and clalled 911, records show, noting that a convenience store clerk confirmed the details.

After obtaining information on Sanchez based on the license plate number, police located the suspect at his nearby home, records show. On the front floorboard of his vehicle was a machete.

Police called Sanchez out of the house, where he was arrested without incident.

Police said they are unsure if the incident was a case of "road rage," or if it was due to something else.

Anyone with information on the incident is asked to call officer Matt Decker at 509-628-0333, or email him at [email protected] Reference aggravated assault case No. 20-25811.