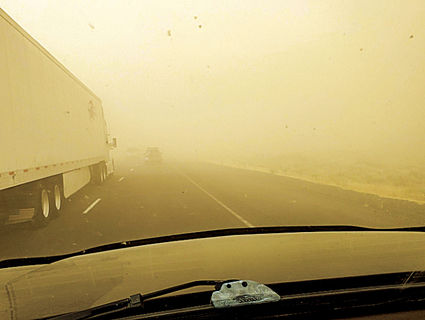 Jen Effrig | Special to The Connection

Sgt. Ethan Wynecoop with Washington State Patrol said the multiple car crashes, which were all dust-related, resulted in no serious injuries.

"It was absolutely a mess. You couldn't see more than 10 feet in front of you," Wynecoop said. "Almost every state route through our patrol area here had crashes of one sort or another."

Wynecoop said U.S. Highway 395 was closed in the Lind area. He also said Highways 21, 26 and 261, as well as Interstate 90 were all closed due to the lack of visibility.

All the highways have since been re-opened.