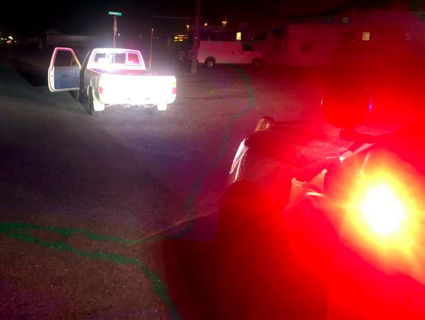 PASCO — For the second time in one day, Franklin County Sheriff's Office deputies have recovered a stolen vehicle and arrested a driver.

According to a Sheriff's Office report, Deputy Mona Bolanos spotted a suspicious pickup at a gas station Aug. 30 at the intersection of North Fourth and Steamran avenues.

Bolanos checked the vehicle's license plate and learned the pickup was reported stolen from Grant County, the report said.

She approaced the vehicle and arrested a man sitting in the drivers seat, the report said.

The man's name was not immediately released.

He was booked into the Franklin County Jail for possession of stolen motor vehicle, the report said.

UPDATE: The Benton Frankly County Jail log shows Cameron Anthony Schuoler being booked into the jail at midnight this morning, Aug. 31, on charges of possession of a stolen vehicle and third-degree driving with a suspended/revoked license.