By Katie Teachout and Jamie Henneman
The Times

Odessa slaughter plant fires back up 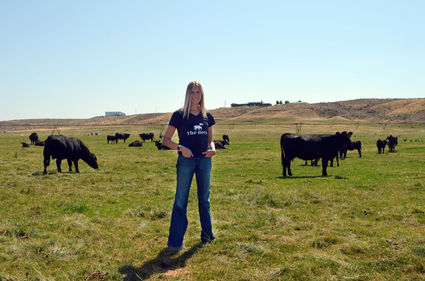 ODESSA — The formerly shuttered livestock processing facility here has a new lease on life, with the new owners using the facility to help launch a direct-sales beef program.

Miles Curtis, who ranches near Odessa, Ewan and Tokio, bought the facility this spring. The facility had formerly been operated by the non-profit group Cattle Producers of Washington. The new plant, called Limit Bid Packing, processes the beef for Curtis’ direct sales program, as well as processing animals for outside customers.

Curtis’ daughter, Payton, has used the USDA plant to process the family’s beef for an online direct-sales program called “The Herd 5C”.

Payton said she started the online business after Corona virus shut down schools and colleges earlier this year.

Curtis, 20, was studying animal science on a pre-veterinary track at Cal Poly in San Louis Obispo when the campus sent everyone home in mid-March.

“I remember sitting in biology class with my roommate, and we were saying, ‘There’s no way they’re going to send us home. This isn’t going to get bad,’” recalled Curtis. “And then, within 24 hours, they said, ‘Everyone pack up and go home.’ I left at three in the morning, did the 17-hour drive, and made it home for dinner.”

Curtis said her father had his eye on the meat-processing plant for awhile.

“And then COVID hit, and meat shelves were empty and my dad and I kind of looked at each other and were like, ‘I think now is our time.’ So he went over and bought that, and I started the meat business,” Curtis said.

She named the retail business ‘The Herd.’

“We based it off a community aspect because we want to bring people together,” Curtis said. “Everyone wants to enjoy good meat, and it’s a company built on education — teaching people ‘this is where your meat is coming from.’ And I think that is our hope, to support family operations like us, like the Harder Ranches, like Union Cattle Company out of Colfax. This is what we do; this is our life.”

As a fourth generation rancher, Curtis has been working with cattle all her life. Her great-grandfather, Ed Curtis, originally from Colfax, and her grandfather Bill Curtis started the ranch; and her father began working it when he returned from college.

“He’s been growing it ever since,” Curtis said.

“We are totally vertically integrated, which means we control every aspect of the supply chain for our cattle,” Curtis said. “We are essentially taking out the large, industrial corporations like Tyson and Washington Beef, and taking out the grocery stores. We are delivering a product to consumers so they know where it’s coming from. And we are able to do that at virtually the grocery store prices.”

“We’ll ship it straight to your front door. We ship on Mondays, just to make sure the boxes arrive fresh and frozen during the week. The boxes are packed with dry-ice in reusable ice packs in an eco-friendly liner, so there’s nothing bad for the environment there,” Curtis said. “We are also doing pop-up shops. This weekend we are at the Moses Lake Farmers Market and we are in Spokane Valley next to the Costco-Home Depot area. We’ll pop up for about five hours at a time and get a large rush of people. They buy their beef boxes and then we move to the next place.”

Not only are they able to maintain ownership of their cattle from calving to the consumer, they are able to offer meat-processing to other producers. Curtis said with COVID-19 shutting down avenues for sales, ranchers began to think how they might be able to sell their meat elsewhere, and “all the packing plants filled up.”

“Now we are giving ranchers the opportunity at another place — a USDA-inspected plant, and it’s just in their own backyard,” Curtis said.

As her online business is growing, Curtis said she sees the future of the ranching business as being “more data oriented.”

“We call my dad the ‘modern cattle rancher’ because he is more tech savvy,” Curtis noted. “But we see the technology becoming a bigger deal as we do things like put scanable labels on a package of steak so you can track it throughout its lifetime.

“We want to be transparent,” she added.