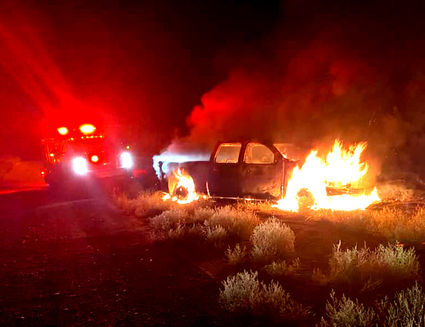 PASCO - Officials are investigating a fire last night that destroyed a stolen truck and burned bursh near the intersection of U.S. Highway 395 and Selph Landing Road.

The Franklin County Sheriff's Office and Franklin County Fire District No. 3 were called to the blaze about 11 p.m. Wedesday, Aug. 12, after a passerby spotted the pickup truck burning and called 911.

Officials said the truck was abandoned in dry grass and sagebrush; The vehicle was reportedly stolen from Pasco.