CHENEY — Eastern Washington University President Mary Cullinan has announced she is retiring from her position, effective immediately. The university's Board of Trustees has named Provost and Vice President for Academic Affairs David May to serve as interim president.

The announcement came at a virtual board of trustees meeting this morning, Aug. 4.

"I have been honored to serve as Eastern Washington University's first female president," Cullinan said in a news release. "EWU is a valuable asset to this region with exceptional students, faculty and staff, alumni and community supporters. I look forward to working with the leadership team to ensure EWU continues on the road to success during these challenging times."

May has been given a two-year contract by the trustees to serve as interim president. Cullinan will remain with the university for the next six weeks to assist the university in its transition in leadership.

Cullinan has been embattled for the past several months in her role as president. Members of the faculty and staff have questioned her leadership capabilities and alleged lack of vision for the university.

In a faculty evaluation in February, Cullinan received a 70 percent overall rating of "poor or needs improvement" and faced allegations of poor communication practices and financial mismanagement. On June 22, she was the recipient of an overwhelming vote of no confidence by the Faculty Organization Senate.

Faculty Organization President Julia Smith praised the selection of May for the interim role, while also thanking Cullinan for her six years of service to the university.

"I personally, and I think the faculty have never doubted her sincerity to the university and her devotion to the good of the university," Smith said in an interview Tuesday morning. "She is someone who has shown me a lot of leadership."

Cullinan was the university's first female president, and 26th president overall. May served as EWU vice provost beginning in 2017, becoming interim Provost in 2019 before being moved into the role permanently this past March. 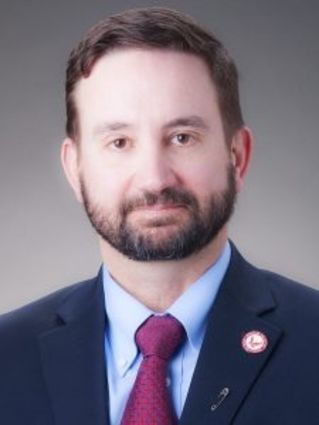 In elevating May to interim president, the trustees said continuity of leadership is important as EWU faces some long-term and short-term challenges. May has led the university's reorganization efforts, converting seven existing colleges into four, along with efforts to ensure student success and safety during the ongoing coronavirus pandemic.

"David May's vision and leadership during this historical stretch gives the board the utmost confidence he will keep the university on the path to success," BOT Chair Vicki Wilson said in a statement.

Faculty Organization President Smith said she has confidence in May's leadership abilities, but noted a change at the top doesn't change the challenges EWU is facing.

"I think he (May) is a wonderful guy who has done a lot of things for the university and is dedicated to the university," Smith said. "It doesn't change the challenges we face, but we have great hope for a stronger vision."