Who is Dr. Raul Garcia? 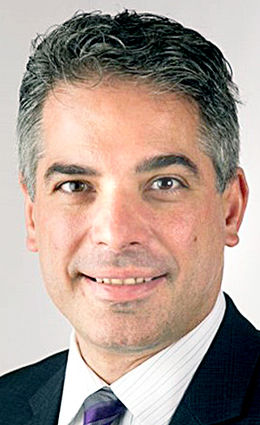 It was a hot, sunny July 3rd morning.

About 50 farmers and ranchers were sitting under a white canopy in Basin City.

From a distance, it looked as though the participants were solving the world's problems. The unmasked discussion reminded me of the coffee clubs I frequent to find find out about rural goings-on.

This time, however, the group was drinking bottled water. And instead of the world's problems, they were discussing Washington state's.

As I approached to listen in, one person seemed not to fit in, Dr. Raul Garcia. But the rural residents who gathered there didn't seem to mind. In fact, he was the reason they were under the canopy.

They came to hear what he could offer as governor that the other 38 candidates seeking the state's highest post could not.

I listened in for a little bit, but had to leave for prior arrangements.

Later that evening, I saw him with rodeo clown turned announcer J.J. Harrison. They stood in the Basin City Arena talking briefly about why Garcia came to this tiny town in northwest Franklin County.

Garcia said he brought masks, thousands of them, just in case anybody wanted or needed one. He told the crowd that as a medical doctor, he was there to educate, but not mandate. And he said Washington state has become overladen with bureaucratic mandates.

The Freedom Rodeo crowd loved what he had to say.

The next time I saw him, Garcia participated in the Basin City Fourth of July Parade. Hundreds along the route held Garcia for governor signs.

After the parade, he stayed on to direct traffic and make sure children were safe as they navigated the departing trucks, floats and vehicles.

Leaving Basin City that evening, I couldn't help but notice the new Garcia signs along rural roads connecting the community to Pasco.

Prior to the July 4 weekend, I'd never heard of Dr. Garcia.

The candidates most everyone in Eastern Washington were paying attention to were Tim Eyman, Loren Culp and Joshua Freed. One of those three were the presumed heir to the conservative thrown to challenge Gov. Jay Inslee.

There are 38 candidates in the race, but only two will move on from the Aug. 4 primary to the November general election.

I've worked with both Culp and Eyman as a journalist for years. Both are hard-working men who believe in protecting constitutional rights, holding government accountable and returning control of Washington's ever-growing bureaucracy to the people.

After having listened briefly to Dr. Garcia, I decided I needed to learn more about him, and hear his story.

A Cuban refugee, Garcia escaped the dictatorial rule of Fidel Castro after the government seized his family's tobacco plantation. He escaped to the United States, where he would grow up, become a doctor and eventually found his way to Yakima.

He looks around at the changes he's seen in his lifetime, and he's concerned what's happening nationally and in Washington state.

"This is not America," he said in a subsequent interview. "I grew up in Cuba with a government that did this."

"I've seen it first hand," he said. "I was born on a farm, my grandfather's tobacco plantation. One day, the government just decided to come in and take over. All his work was all for naught, in just one day."

The unconstitutional coronavirus mandates from the governor's mansion smack of the same type of takeover, he said.

"This is something that really hits home," he said.

A microbiologist and immunologist, Dr. Garcia has been on the front lines of the Wuhan coronavirus outbreak in Yakima, the county most impacted in Washington state in recent weeks.

Garcia said the virus would have been under control if we had just "shielded our most vulnerable."

Instead, the governor continued to quarantine the healthy.

Garcia said he studied the pandemic numbers and our state has done everything wrong to control it.

"I vented to my wife and she said put your guts where your mouth are," he said. "Run for governor."

He filed in May, but got a late start on campaigning in rural parts of the state.

But his story and messaging are resonating, big time, in Franklin County.

"We need to stop selling a culture of government," he said. "Government is not the answer to all."

As a young student, he said one of his teachers in Cuba told the class and pray to God for candy to appear. It didn't.

The teacher then told students to close their eyes and ask ask Castro for candy.

That brainwashing is what's happening in the United States and in particular, Washington, he said.

The liberal government is trying to "sell" an explicit sex education curriculum as a replacement for traditional lifestyles.

Riots are allowed, but church services are not.

Businesses can open, but only if they do as they are told by government.

To make matters worse, until last week, those laid off during the pandemic were getting paid more to stay home than they made if they worked.

Government here, is no longer for the people, as it was created, he said. The result is an ever-growing bureaucracy where government employees see themselves as more important than the people they are supposed to serve.

"People look to government to give them safety, education, good roads and good opportunity for a decent job," he said.

Change is not only necessary, it's required in Washington state, he said, adding "people are tired of the status quo."

Garcia sees himself as the candidate to bring change.

To do that, Garcia said education has to get better, immigrants need to be taught our history and civic responsibility need to be instilled. Rather than give away money (as unemployment), the state should support apprenticeships. And mental health issues, drug addiction and homelessness need to be tackled.

A solid back-to-the-basics education and the ability to find a good job are key, he said.

"We need to treat the cause, not the symptoms," he said. "And the family has to be protected."

Until we do, the state will continue to be divided, Garcia said.

To begin, Garcia said we need to "restore government accountability."

From his perspective, Garcia said, he's the only candidate that can reunite the state.

"We're building a tent to include everybody," he said. "Let's unite the state."

- Roger Harnack is the publisher of Free Press Publishing. Email him at [email protected]