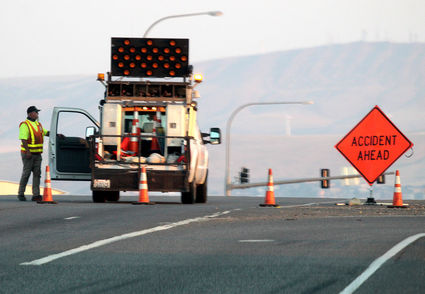 The Road 68 overpass was closed overnight Thursday for a reported officer-involved shooting.

PASCO — Police are keeping Road 68 closed at the eastbound Interstate 182 off ramp overnight, July 30, while they investigate an officer-involved shooting.

According to initial reports, the shooting occurred during a traffic stop at the interchange.

A man wanted on a Kennewick warrant was shot during the stop; police did not immediately say what happened leading up to and including the shooting.

Overnight, the eastbound off-ramp and on-ramp of I-182 will remain closed, police said. The Road 68 overpass is closed, too.

Investigators are currently on-scene and other details have yet to be released.