'SeXXX ed' on hold until after November election

Reykdal tells schools to hold off curriculum until at least December 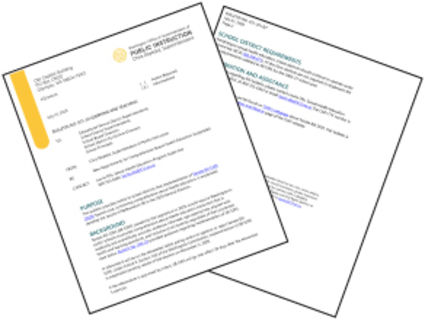 In a July 21 bulletin to schools officials statewide, Reykdal cited Referendum 90 qualifying for the Nov. 3 general election for the suspension.

"At this time, districts are not required to implement the new requirements outlined in S.B. 5395 for the 2020–21 school year," he wrote.

Referendum 90 will appear on the Nov. 3 ballot; a "yes" vote supports allowing the curriculum to go into effect. A "no" vote means is a rejection of the new, inclusive sexual education requirements.

The new curriculum, dubbed "seXXX ed" by opponents, requires sex education to be taught to public school students from kindergarten through 12th-grade. The curriculum mandates discussions of gay, lesbian and transgender sexual contact, as well as education on traditional intamacy. It also includes education on abstinence and practicing safe sex to avoid unplanned pregnancy and sexually-transmitted disease.

The "inclusive" mandate is required under Senate Bill 5395, which passed the Legislature and was signed into law by Gov. Jay Inslee earlier this year.

The bill requires public schools to provide "comprehensive sexual health education instruction that is medically and scientifically accurate, evidence-informed, age-appropriate, aligned with health and learning standards, and inclusive of all students regardless of their protected class status," according to Reykdal's letter.

Openly lesbian Sen. Claire Wilson, D-Federal Way, has pushed for the implementation of "inclusive" sexual education for more than two years. During debate during the 2020 Legislature on the measure, she claimed her bill is "about safety," despite it mandating "inclusivity" of alternative lifestyles.

It wasn't the fist time.

Wilson attempted to push the measure through the 2019 Legislature, but abandoned it amid a wave of parental opposition. Wilson also forced to resign her seat on the Federal Way School Board during February of 2019 after parents opposed her effort to implement the curriculum in schools in that city.

"I think it is imposing values from the largest city to our whole state," Padden said.

Reykdal's letter, Bulletin No. 030-20, noted that Referendum 90 will allow voters to decide if the curriculum will be mandated in public schools.

"If the referendum is approved by voters, S.B. 5395 will go into effect 30 days after the Nov. 3 election," Reykdal wrote.

If voters approve the referendum, public schools statewide will be required to have the curriculum in place by Sept. 1, 2021.

Parents would be allowed to opt out by writing a letter to the appropriate school board or school principal.

The state's top educator directed schools officials to continue operating under Revised Code of Washington 28A.300.475, as it relates to sex ed.