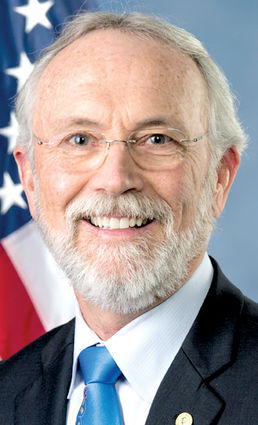 SUNNYSIDE - If campaign finance paints a true picture of the outcome of an election, the Congressional District No. 4 incumbent will win the Aug. 4 primary in a landslide.

His cash on hand is more than all of combined contributions the remaining candidates have received.

A distant third in fundraising, Sarena Sloot, a Kennewick Republican, has received a total of $3,576.11 in her bid to unseat Newhouse. She had $1,025.15 cash remaining in her campaign warchest, as of July 15.

The reports on independent challenger Evan Owen Jones of Richland and Republican Tracy Justice Wright of Grand Coulee show a zero balance for collections, expenditures and cash on hand.

So where did the cash funding Newhouse's campaign come from?

The largest donor to is campaign from Washington state is Lawrence Hughes of Yakima, who made two contributions of $2,800, for a total of $5,600. Mary Ellen Hughes, a Medina homemaker, also donated $2,800, reports show. Other large donors to his campaign from Washington state include the Puyallup Tribe of Puyallup, Suquamish Indian Tribe of Suquamish, Todd Cameron of Pasco, Nancy J. Long of Naches, Lawrence Hughes of Medina, Thomas J. Sauve of Yakima, Muckleshoot Indian Tribe of Auburn and Bruce R. McCaw of Bellevue, all donating $2,800.

Incumbent Franklin County Commissioner Brad Peck of Pasco also donated $2,800, as did his wife, Debra Peck of Pasco, for a total of $5,600, reports show, with many more contributors on the list.

McKinley has far less donors, and no union support from outside the area.

McKinley's biggest donor is Michael Christianson, who made two contributions for $2,800 each, for a total of $5,600. Christianson is president of The Park Co. of Pasco, reports show.

Other top donors to his campaign include Richard Reuther of Pasco, Steve Lee of Kennewick and Cynthia Koski of Richland, each donating $1,000, reports show.

Sloot only has a handful of contributors to her campaign. And like McKinley, they are all local.

Gail Hoobler of Richland, a Bechtel employee, has made two contributions of $500 each and is Sloot's biggest financial supporter, reports show.