Race director looking forward to a 2021 return to Tri-Cities 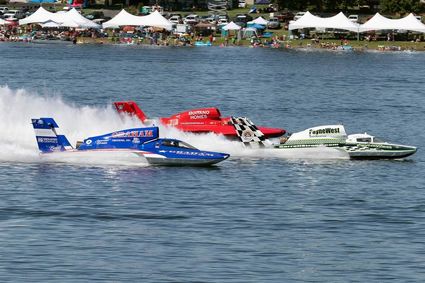 Hyrdoplanes race side-by-side on the Columbia River during the 2019 Columbia Cup.

PASCO - It's traditionally the busiest weekend of the year.

But this year is different. There are no hydroplanes across the river in Columbia Park, no high-speed action on the water. Up to 70,000 race fans are not flocking to the Columbia River to watch the fastest sport on water.

During a normal year, hydroplane race teams would already be in the Tri-Cities. Some race boats would on display at area sponsors, some would be testing, tuning and getting ready to compete. Thousands of fans would be lining the shoreline on both side of the Columbia River to watch the action.

The Tri-City Water Follies Board of Directors decided to postpone the 55th annual Columbia Cup in June. Earlier this week, on July 20, they decided to cancel it as the area remains under a so-called "modified Phase 1" reopening order. 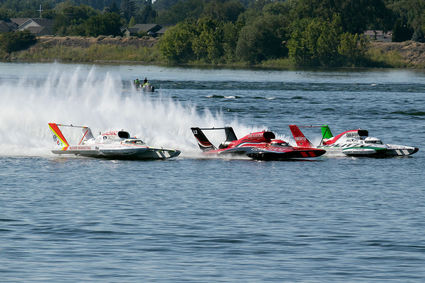 Rooster tails shoot into the air behind hydroplanes racing in the 2019 Columbia Cup.

The order limits outdoor restaurant seating to 50% capacity of the eatery's indoor seating. It also limits retailers to 15% shopping capacity, with shoppers allowed only 30 minutes, and prohibits groups of more than five people, all of whom must live in the same household, from gathering on public or private property.

Gov. Jay Inslee exaccerbated the shutdown blues Thursday when he again ordered everyone to wear masks in "common areas" of businesses and anywhere that people couldn't remain at least 6 feet apart.

The Water Follies shutdown means a loss of up to $3 million to the local economy.

Stephens is thankful for the support the community is giving race teams over the years. And he's hopeful to have high-speed racing back on the water here in 2021.

"I continue to look at the light at the end of the tunnel with the Covid-19 restrictions," Stephens said. "I wish everybody will share their best memories to social media and with friends, because when we are allowed to race, it will be the best boat race Hydro Town USA has ever seen."