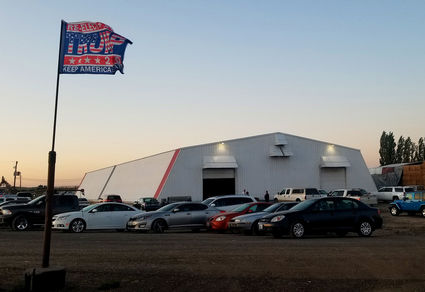 ELTOPIA - A fake, 21-page endorsement of candidates has the Franklin County Republican Central Committee and the now-defunct Tri-Cities Tea Party concerned over an apparent fraudulent effort to influence the primary election.

More than 50 Republicans and at least four former Tri-Cities Tea Party leaders gathered in a potato shed tonight, July 23, to discuss what to do about the fraudulent letter emailed to an estimated 3,500 area voters in the last week.

With each page using the Tri-Cities Tea Party letterhead, those who gathered in the shed on Glade Road called on all Republican candidates to disavow the letter. Endorsed candidates included those running for local, county and state offices.

The letter did not say it was an endorsement, but implied that the organization was backing certain candidates in local, regional and state races.

A social media post earlier in the day showed that the organization was not endorsing any candidate.

According to Tea Party representative Jerry Martin, the organization generally disbanded in 2014, but a few of the board members maintain the organization's bank account, documentation, social media and other items necessary to restart, should there be a need.

"The Tea Party has been inactive for the better part of six years," he told the Central Committee and others who attended the meeting. 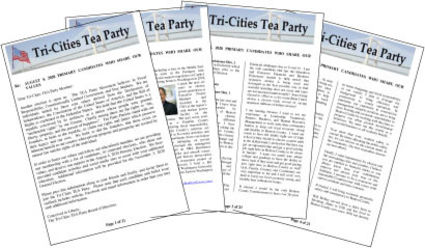 They called the letter the personal endorsement of one man, who is likely linked to a local re-election campaign.

Those in attendance discussed censuring party members found to be connected to the effort to influence the outcome of the Aug. 4 primary election. Instead, they settled on a resolution supporting Tea Pary efforts to set the record straight.

They also called on candidates whose name is on the list to disavow the endorsement and remove it from andycampaign literature and social media.

The remaining members of the local Tea Party - which is independent of any national organization - said they would discuss the fraud further and probably write a letter denouncing the use of their letterhead in influence the election.