Man fleeing from Franklin County taken down by K9 unit 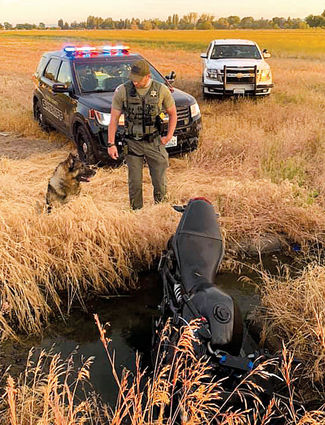 The high-speed pursuit began in Franklin County, when motorcycle rider Benjamin Garfield eluded police at speeds of over 100 mph, police reports show. The pursuit crossed into Grant county, in the Royal Camp area, then into Adams County.

Garfield wrecked the motorcycle and attempted to flee on foot, according to the Adams County Sheriff's Office.

The trained law enforcement dog located Garfield and, with a bite to the left arm, took the man down, records show.

Garfield was booked in the Adams County Jail on several charges, including a felony charge of eluding.