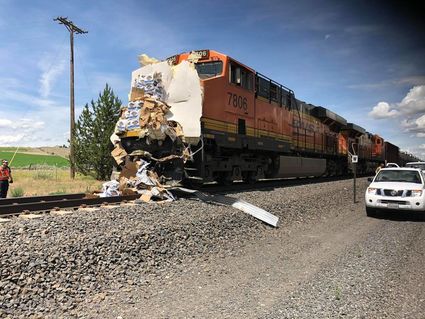 ELTOPIA -- The Franklin County Sheriff's Office investigated a crash about 1 p.m. June 10 that left French fries covering the front of an oil trail. 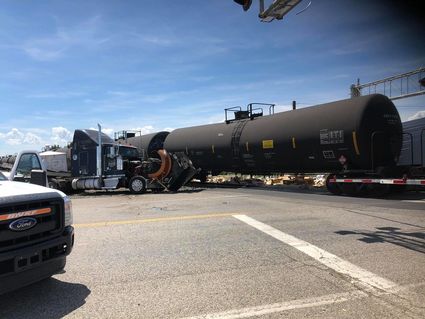 According to initial reports, a tractor-trailer carrying French fries was struck by a crude oil-laden train as the truck crossed railroad tracks on Eltopia West Road.

The impact left French fries on the front of the locomotive and truck debris spread across the crossing.

Authorities detoured traffic onto Sagemoor Road while they investigated the incident; neither drugs nor alcohol were factors.

The road reportedly reopened about 3:36 p.m.

The Sheriff's Office deployed a drone to assist with the investigation.