Turkey season coming to Turnbull in fall of 2023 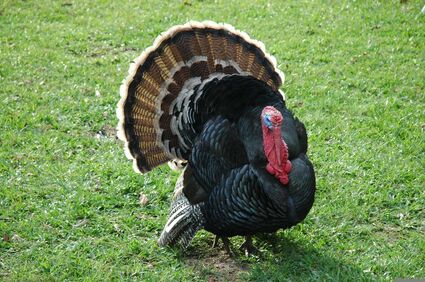 Turkey hunting will become available fall of 2023 (Sept. 1 through Dec. 31) at the Turnbull National Wildlife Refuge south of Cheney, Wash.

CHENEY – Turkey hunting is coming to Turnbull National Wildlife Refuge in the fall of 2023.

U.S. Fish and Wildlife Service officials are opening 1,883 acres in the Long Lake Unit of the refuge for hunting four days per week during the fall turkey season, from Sept. 1 through Dec. 31 beginning next year.

The Long Lake Unit is located east of Mullenix Road, south of the city.

The new Turnbull hunt would align with state and federal hunting laws, officials said. And hunting would be by reservation only, on a first-come, first-serve basis.

Hunting can start a half-hour before sunrise and ends at sunset.

Officials didn't say how many hunting parties would be allowed to access Turnbull over the course of the season.

Hunters would be allowed to roam the Long Lake Unit on foot only, officials said. However, disabled hunters with special-use permits may be allowed to hunt with a vehicle or e-bike on existing and maintained roadways in the unit.

Hunters will be able to use dogs, blinds and shotguns, muzzleloading shotguns, bows and crossbows to hunt turkey, officials said. Non-toxic shot is required.

According to a report on the proposed new hunting season, "hunting has occurred on the refuge for many years."

Turnbull officials estimate the new hunt will cost about $2,000 for signage and brochures, and $13,000 for a new parking area off Mullenix Road.