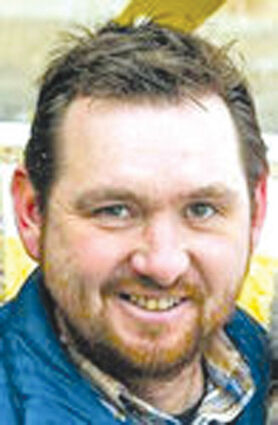 Pilot Gavin Morse, 38, of Lind, was pronounced dead at the scene in a field west of town, the Washington State Patrol reported. There were no other occupants on board.

Lind Fire, EMS and Adams County Sheriff's Office deputies responded to the 300 block of Lind-Warden Road, near the North Roxboro Road intersection, after receiving reports of a downed plane there about 5 p.m., records show.

The aircraft, an Air Tractor AT602 agricultural plane, was registered to Gemtrek LLC, a Warden-based company co-owned by the deceased and his wife, Erin Morse.

Morse has been a commercial agricultural pilot since 2007.

The crash was one of three aviation-related incidents in the area in two days.

Kevin Kennedy, 65, of Arlington, was flying his Beechcraft Bonanza from Arlington to Colfax when he crashed off state Highway 26 near Lacrosse shortly before 2 p.m., records show.

Kennedy's aircraft (tail No. N55461) went down in a field near a small airstrip close to Milepost 104 of state Highway 26.

State Patrol troopers arrived at the crash site at about 3 p.m., records show.

Kennedy sustained serious injuries and was airlifted from the crash site to Sacred Heart Hospital in Spokane, according to the Washington State Patrol.

"Initially, he was in a lot of pain. He was the one that actually called dispatch," State Patrol Sgt. Michael Jordan said at the scene. "Due to the engine barely running, he had to put it down.

"He was trying to get to the airport and this [the open field] was the best place for him to land."

"The pilot thought he had seen Highway 26 and thought that's where he was so they started this way and state patrol actually found the plane," said Lacrosse EMT Justin Siebert, noting no other passengers were on board at the time of the crash.

"We do see at least one plane crash a year and most of them are just minor injuries because we have a lot of open fields and safer places to land," Jordan added. "However, it's not a paved runway so the damage here is common for most crashes in Whitman County.

"The landing gear is almost always damaged. There is a lot of care that goes into owning an airplane and they are maintained very well." 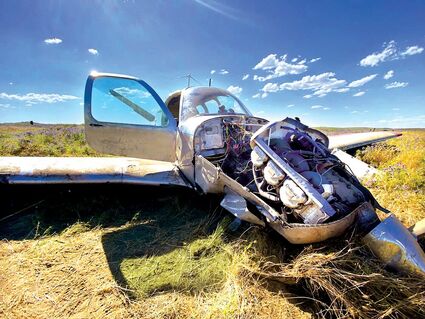 A Beechcraft Bonanza crashed Friday afternoon near state Highway 26 outside of LaCrosse.

"The next thing is the FAA investigation," Jordan said. "They will use our information, use our scene photos, and determine what exactly made the plane stop flying."

In a third aviation-related incident over the Independence Day weekend, the Adams County Sheriff's Office was called for a possible airplane crash off East Schoessler Road on July 2.

According to dispatch records, the initial call was for an airplane that overshot a; rural runway in the 200 block of East Schoessler Road at about 7:15 p.m.

Being tied up with other calls, deputies requested assistance from the state patrol, which determined the plan had slid off the runway while parking and struck a fence.

There weren't any injuries and those at the scene said they didn't need assistance.

~ Reporters Olivia Harnack and Reid Thompson contributed to this report.