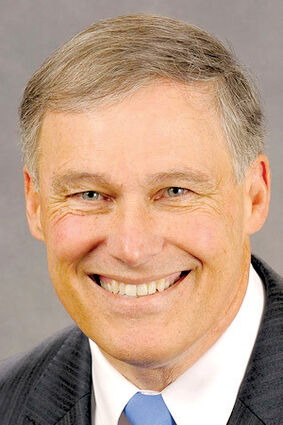 OLYMPIA – Homeless people would have quick access to shelters and other facilities under a $815 million, multi-agency plan supported by Gov. Jay Inslee.

Flanked by Democrat officials from King County, Seattle, Spokane and Tacoma on Feb. 3, the governor pressed the Legislature to pass Senate Bill 5662.

The bill would create an intergovernmental coordination office to reduce the number of homeless camps by helping people get into permanent housing.

"We have to move more quickly and compassionately to serve the thousands of people who are now living under bridges, on our sidewalks, on the shoulders of our freeways," he said. "We need to do this now."

Inslee said the funds will invest in new housing, the creation of crisis response programs and medical respite funding and other options.

"Having state support will allow us to better show up and serve and put people on a better path to permanent housing," Woodards said.

Nearly half of the proposed budget would secure more tiny homes, enhanced emergency shelters, permanent supportive housing and permanent affordable housing to quickly get people off of the streets.

Juarez said the bill resolves jurisdiction issues currently delaying the creation of permanent housing for people living in encampments and shelters in Seattle. The city declared a state of emergency on homelessness in 2015.

"It is our responsibility as elected officials to ensure that everyone in Washington has a place to call home," she said.

Harrell said the issue of homelessness will not be fixed overnight, but passage of the bill could provide the resources to create visible progress within months.

The bill was passed out of committee Feb. 2 and referred to Ways and Means.